Two singular subjects connected by or or nor require a singular verb.

Example:
My aunt or my uncle is arriving by train today.

Two singular subjects connected by either/or or neither/nor require a singular verb as in Rule 1.

Examples:
Neither Juan nor Carmen is available.
Either Kiana or Casey is helping today with stage decorations.

When I is one of the two subjects connected by either/or or neither/nor, put it second and follow it with the singular verb am.

Example:
Neither she nor I am going to the festival.

Example:
The serving bowl or the plates go on that shelf.

Example:
Neither Jenny nor the others are available.

As a general rule, use a plural verb with two or more subjects when they are connected by and.

Example:
A car and a bike are my means of transportation.

Sometimes the subject is separated from the verb by words such as along with, as well as, besides, or not. Ignore these expressions when determining whether to use a singular or plural verb.

Examples:
The politician, along with the newsmen, is expected shortly.
Excitement, as well as nervousness, is the cause of her shaking.

The pronouns each, everyone, every one, everybody, anyone, anybody, someone, and somebody are singular and require singular verbs. Do not be misled by what follows of.

Examples:
Each of the girls sings well.
Every one of the cakes is gone.

NOTE: Everyone is one word when it means everybody. Every one is two words when the meaning is each one.

NOTE: Apparently, the SAT testing service considers none as a singular word only. However, according to Merriam Webster’s Dictionary of English Usage, “Clearly none has been both singular and plural since Old English and still is. The notion that it is singular only is a myth of unknown origin that appears to have arisen in the 19th century. If in context it seems like a singular to you, use a singular verb; if it seems like a plural, use a plural verb. Both are acceptable beyond serious criticism” (p. 664).

When either and neither are subjects, they always take singular verbs.

Examples:
Neither of them is available to speak right now.
Either of us is capable of doing the job.

The words here and there have generally been labeled as adverbs even though they indicate place. In sentences beginning with here or there, the subject follows the verb.

Examples:
There are four hurdles to jump.
There is a high hurdle to jump.

Use a singular verb with sums of money or periods of time.

Examples:
Ten dollars is a high price to pay.
Five years is the maximum sentence for that offense.

Sometimes the pronoun who, that, or which is the subject of a verb in the middle of the sentence. The pronouns who, that, and which become singular or plural according to the noun directly in front of them. So, if that noun is singular, use a singular verb. If it is plural, use a plural verb.

Collective nouns such as team and staff may be either singular or plural depending on their use in the sentence.

the strongest way to answer the most common interview question, “Tell Me About Yourself.” 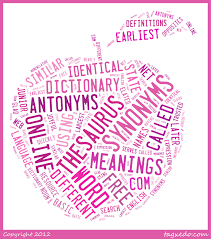 Engineers use communication skills to explain an idea, process, or technical design. They use written, oral, computers, graphics, and other engineering tools to communicate to other engineers and management.

Written communication includes technical writing of journal, texts, and other informational material. It includes specific, to-the-point details about a topic of mastery by the author. Other engineers use these texts for continued research and development because the knowledge gained by one engineer has been communicated to others.

Oral Communication includes the delivery of presentations, explaining a design or design process and many other details that improve meeting coordination and team development.

Graphical communication utilizes the visual senses and allows for the engineer to explain an idea without using detailed written reports and oral communication. Graphics is an extensive discipline that encompasses a large range of topics from rough preliminary sketches to detailed computer AutoCAD pictorials. Graphical and visual communication is crucial to all stages of the design process.

Will be uploaded soon
1.On non-verbal communication